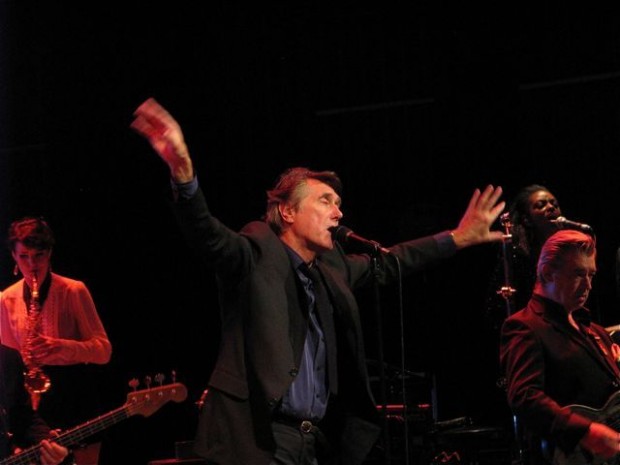 Bryan Ferry is either the best-dressed guy in rock ‘n’ roll, or he took a wrong turn on his way to the regatta. And his sophisticated music hasn’t gone out of style, either.

“It’s really great to be back,” the British crooner said Monday evening at PlayhouseSquare’s State Theatre.

Still oozing refined cool at 66, Ferry was debonair in a dark suit. His fashion sense and Las Vegas gestures carried a whiff of Rat Pack, although his avant-pop songs revealed a wide range of other influences.