The special Roxy Music 50th anniversary edition LPs continue, with a fresh half-speed cut by Miles Showell at Abbey Road Studios in London. The album artwork of all titles has been similarly revised with lyrics and a deluxe gloss laminated finish. 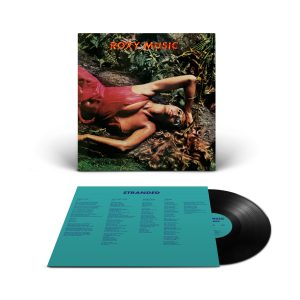 ‘Stranded’, the third long playing outing from Roxy Music, not only gave the band their first No. 1 album in the UK but was also the first to come to the wider attention of US audiences. An incredibly accomplished and consistent collection of songs ‘Stranded’ thrills from start to finish – from the definitive album opener (and hit single) ‘Street Life’ to the affecting ballad ‘Just like You’, the smouldering ‘Song For Europe’ and the epic (and one of the all-time great Bryan Ferry compositions) ‘Mother Of Pearl’. From its Antony Price-styled sleeve in, “Stranded’ is nothing short of a musical hothouse, brim-full of colour, drama and exotica. 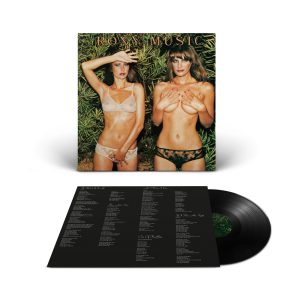 The first Roxy album to break the US Top 40 demonstrated that, four records in, the band were every bit as hungry, audacious and pioneering as on their debut two years earlier. Opening with the urgent, propulsive ‘The Thrill Of It All’, ‘Country Life’ effortlessly embraces avant-garde song structures, touching ballads, English nostalgia, visceral hard rock, European influences and even medieval Christian references without skipping a beat. The resulting album is yet another immensely satisfying musical experience… compared to their peers it’s almost frightening what sounds Roxy Music could perfect and make their own.

All four LPs are available to pre-order now.