Following on from last week’s announcement of the new book ‘Lyrics’ by Bryan Ferry, we are now pleased to let you know that all 8 Roxy Music albums are set to be reissued on vinyl throughout 2022.

For these special 50th anniversary editions, each LP has been given a fresh half-speed cut by Miles Showell at Abbey Road Studios in London. The album artwork of all titles has also been revised with lyrics and a deluxe gloss laminated finish.

The first 2 LPs, ‘Roxy Music’ and ‘For Your Pleasure’ will be released on 1 April 2022, with the remaining albums coming in paired drops throughout the year. These first 2 LPs are available to pre-order now. 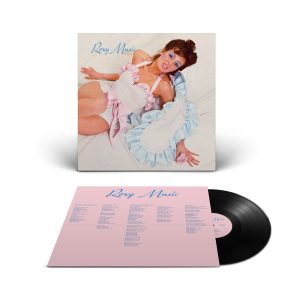 Arriving seemingly perfectly formed from nowhere, Roxy Music’s self-titled debut instantly propelled the band into the affections of both the music-buying public and the serious music press – no mean feat in 1972. Frontman Bryan Ferry’s lyrical evocations of romance and glamour, pop-art references and allusions to both old Hollywood and future shock sci-fi came showcased against an eclectic and unique musical soundscape forever immortalised in the record’s 1950s-style album cover – one of the most iconic record sleeves of the 1970s. Debuting inside the UK Top 10 the album would go on to be seen one of the most pioneering and important debut albums of all time. This isn’t just a record; it’s a piece of modern art. 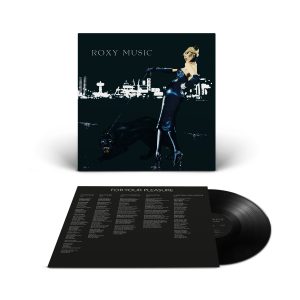 Roxy Music followed up their stunning debut with ‘For Your Pleasure’, an album that’s come to be regarded by many as the ultimate musical expression of Roxy Music’s early period. For this record the band found the freedom to develop the songs along experimental lines in the studio, resulting in an immensely satisfying musical statement. Added to Bryan Ferry’s alternately seductive and dystopian imagery, Eno’s other-worldly synth sounds and tape loop effects were propelled by the virtuoso musical powerhouse of Andy Mackay, Phil Manzanera and Paul Thompson. Ultimately, the sum of these parts continues to earn ‘For Your Pleasure’ a place in many ‘Best Albums Of All Time’ listings and its music is as timeless and fresh today as first heard back in 1973.