Widely regarded as a master of the cover version, Bryan Ferry’s new interpretations of four classic love songs, The ‘Love Letters’ digital EP is available on streaming and download platforms from 20 May. 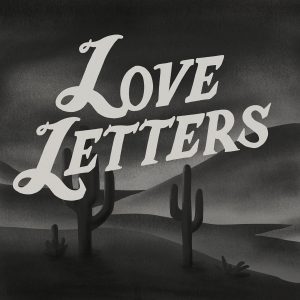 Recording of ‘Love Letters’ began in Nashville whilst on tour in 2019, with work on the EP continuing in London in 2020. In the US the band included Luke Bullen on drums, Chris Spedding on guitar, Neil Jasonon bass, Fonzi Thornton on backing vocals and Waddy Watchel on guitar. Back in London recording continued with Tom Vanstiphout on guitar, Chloe Smith on keyboards, Tugg (Nathan Curran) on drums, Marina Moore on viola and Lucy Wilkins on violin.

‘Love Letters’, originally written and performed by Ketty Lester in 1961, and in Bryan Ferry’s words “a beautiful haunting ballad with a simple country flavoured piano”. This track was mixed by Catherine Marks in London.

‘I Just Don’t Know What To Do With Myself’ by Burt Bacharach with lyrics by Hal David, popularised by Dusty Springfield. Ferry comments: “I’d always wanted to do one of their well-crafted songs, and this is one of their most famous”.

‘Fooled Around And Fell In Love’ written by Elvin Bishop in the mid 1970s, a US #3 hit which has been used in countless film soundtracks. Ferry’s inspiration came from the original, which he heard when he was living in America. This track was mixed by Tom Elmhirst in New York.

‘The Very Thought Of You’, which in Bryan Ferry’s words “is one of my all-time favourite songs… coming from that great period of song writing.” Written and recorded by Ray Noble in 1934 and recorded by many others including Billie Holiday and Nat King-Cole. This song has a strong link with These Foolish Things which Ferry covered in 1973 on his first album of covers of the same name.

Summing up the ‘Love Letters’ project, Bryan Ferry comments, “I like extending my repertoire by covering songs from different genres and different times. It can be an interesting challenge, finding the best way to interpret them in my own style – whatever that may be.”