Greg Wilson will release his extended edit of ‘Love Is The Drug’ on his new CD ‘Credit To The Edit 2’. This will be released nationwide on Monday 9th November 2009.

Greg began DJing in 1975 and is regarded as one of the most important figures on the UK dance scene. He enjoyed hugely popular residencies in the early eighties at Wigan Pier and Manchester’s majorly influential Legend. He was a pioneer of mixing in the UK and in 1983 he became the first ‘dance music’ DJ hired for a regular weekly session at Manchester’s now legendary Hacienda club. Greg was instrumental in breaking the new electronic, post-disco records coming out of New York, a sound he has dubbed ‘Electro-Funk’.

1st UK dj to mix live on TV – Greg Wilson on the tube: 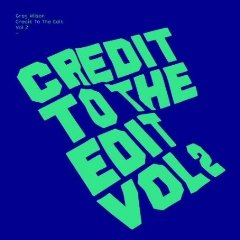 CREDIT TO THE EDIT 2 (via Amazon)

The current underground “Disco” scene is no longer purely the domain of an older audience who’ve delved back into what came before, having grown tired of the existing 4/4 formula that has dominated since the Rave explosion of the late 80’s. Nowadays it’s increasingly becoming the dance music of choice for a vibrant younger crowd who weren’t born when many of the records were originally released.

“The only reason I wanted to edit it in the first place was to extend the length, retaining the structure as it is, but adding couple of extra minutes. The premise being that there were no 12″ singles back in 1975, but if there had been, a longer version for DJ’s might have existed.

As I’ve mentioned to you before, people seem to have forgotten just how huge a club track this was back then. By including it on Credit To The Edit I want to help reconnect the track with a club audience.”