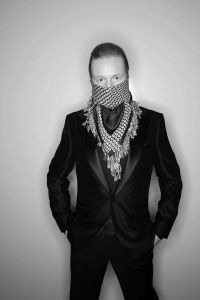 Last year Ferry invited producer Helmut Geier AKA ‘DJ Hell’ to re-work his unreleased song ‘You can Dance’. On 27 April 2009 Hell released his remix of the track on his new album ‘Teufelswerk’.

The early responses have been good with the album peaking at number 4 in the Amazon charts.

Link to Hell’s Remix of ‘You Can Dance.mp3’