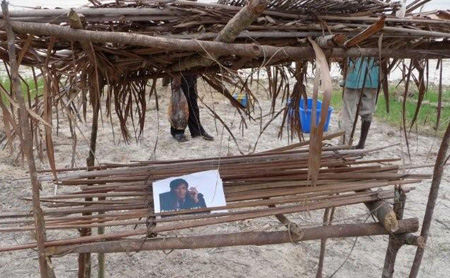 I first heard of Bryan Ferry being worshipped as a god up the Congo river while in the Matonge district of Kinshasa, which is the capital of Lingala music and La Sape, short for the Society of Ambiencers and Persons of Elegance, the equivalent of the British mod movement. Matonge was originally a district where the Congolese were meant to ‘evolve’ into good Belgians complete with sensible shoes, drab clothes, lavatories and Flemish military band music. Bored silly with all this, they embraced first the cinema – The Three Musketeers being an all time dress up and imitate hit – and then the explosion of the British pop scene. One leading sapeur, who took the name of Colonel Jagger, calls Bryan Ferry: ‘My favourite Englishman.’ Ferry is as far from Belgium as it is possible to get.

Sapeurs are into the ‘griffes’ or, mostly copied, designer labels. Acting the dandy in Congo has been likened to playing the gourmet in a concentration camp. But the harder it is to find a Comme des Garcons shirt, the more power it brings to the wearer, who proves he is the master of his fate. Ask a sapeur in Lingala at Herman’s night club who his favourite couturier is: ‘Griffe oyo olingaka mingi ezali nini?’ and he will reply in a flash, ‘Versace for jackets and Girbaud for jeans.’ 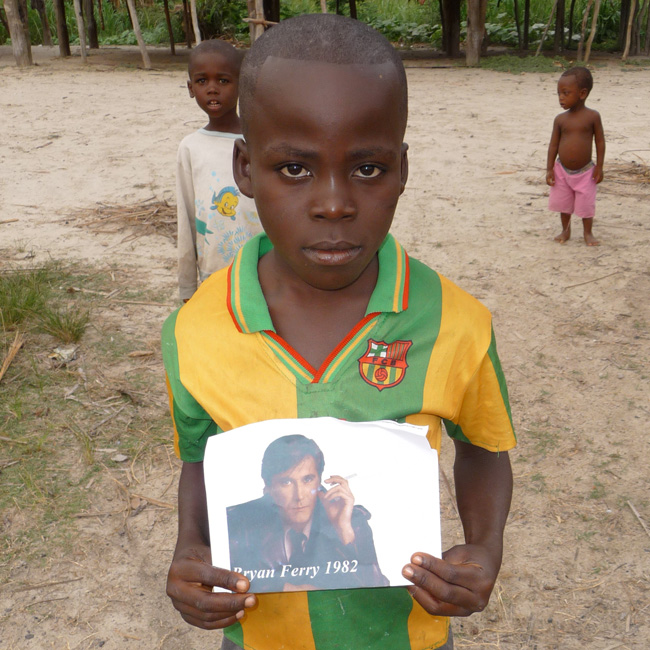 The cultural and political overlap alarmingly. The last president tried to ban the outrageously obscene Ngombolo (buttocks) dance – already illegal in Cameroon as part of an anti Aids initiative – because he thought it was a comment on his weight problem. He was fatally shot before he could pass the law by a teenage guard (in the buttocks, of course), a clear lesson in ‘Don’t stop the dance.’

But in the last, war torn years Bryan Ferry’s image has travelled upriver and he has been deified. I encountered it in the sandy island village of Nganda Saisai, where I found a single picture on a makeshift bamboo altar. The tribe, the Eleko, had not seen white people in the flesh until I arrived. They make wonderful palm wine and the forest on the island is swampy, suffocating and almost impenetrable. At night they celebrated Bryan with rhythms from a twelve-foot drum and an incredible dance. They said Ferry was a ‘power’ and worshipped even more on another tributary of the Congo. I want to go back and explore this. 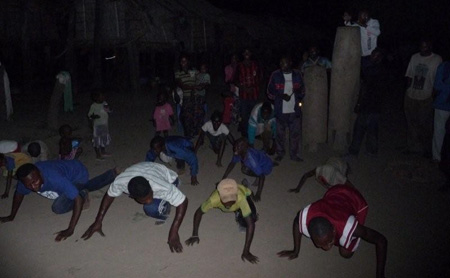 Words and Images by Paul Pickering