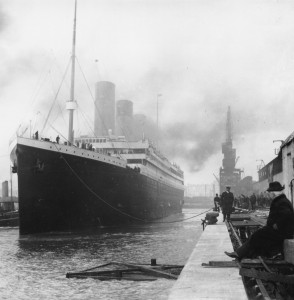 The legendary Bryan Ferry and Grammy award-winning soul singer Joss Stone are among the line-up for a special programme to mark the centenary of the sinking of the Titanic. Titanic: A Commemoration in Music and Film will be broadcast live on BBC Two on 14 April, 100 years after the ill-fated liner hit an iceberg. The 90-minute event is being staged in Northern Ireland at Belfast’s Waterfront Hall, just across the river from the Harland & Wolff ship yard, where the liner was built.

The public may register for the draw to receive complimentary tickets to the event from noon on Wednesday, 14 March, until 17:00 GMT on Wednesday, 28 March from www.bbc.co.uk/tickets