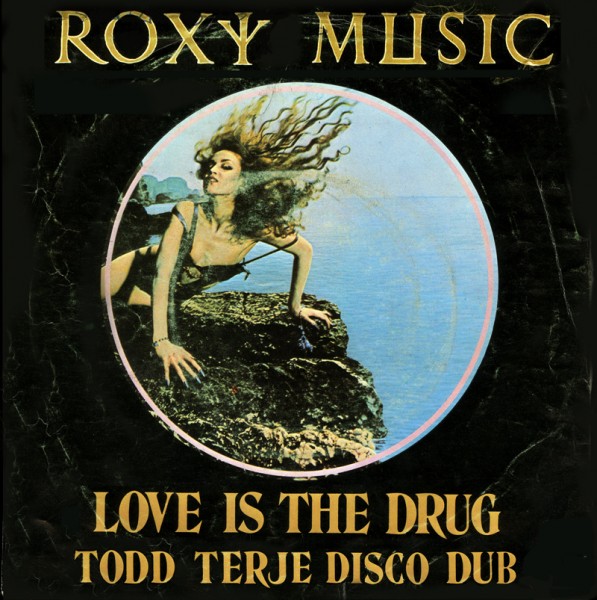 Fans and DJs alike are going crazy for the new Roxy Music remix: Love Is The Drug (Todd Terje Disco Dub). Todd Terje is a Norwegian producer who is making big waves in the underground music scene. Last year his version of Alphaville was included in Olympia Remixes:

We liked it so much that we asked him to have a go at the ultimate Roxy anthem.

The track is out now on iTunes / Beatport, and available for a limited time on deluxe vinyl – paired with the haunting Lindstrøm & Prins Thomas version of Avalon.

BF collaborator and director of ‘You Can Dance’ & ‘Shameless’ Videos, Ferry Gouw has created a twisted, retro video to accompany the release.

Some of the clips used were from the Olympia Tour visuals generated in-house by Anna Boberg. Nick Knight has also picked-up on the track, using it for his Top Shop video celebrating 10 years of the high-street giant:

Here is an interview with man of the moment Todd Terje: 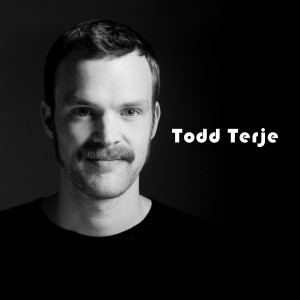 The last 12 months have been massive for you with Ragysh, It’s The Arps and your Roxy Music re-edit. What was your highlight of 2011?

My highlight was actually finishing working on the Ragysh EP. It’s been a long while since my last single, and finishing this one lifted a burden from my shoulders. I’m pretty sure that I’ll have a better pace from now on.

It’s The Arps was all made on one synthesiser, do you think that by limiting your equipment you can be more focused in the studio?

Definitely, it helped tremendously. With all the tools of today it’s sometimes hard to know where to start when you wanna make music. Only being able to make sounds from sine, saw and square waves forced me to be creative. When I find a sound I like, I have to record immediately, as recreating patches later can be quite tricky.

You remixed Bryan Ferry’s ‘Alphaville’ last year and have now dropped your ‘Love Is The Drug Disco Dub’ for Roxy Music – were you a fan of Ferry’s music before, and how did this come about?

I’m not the typical Roxy fan, I approach his catalogue more as a DJ than a regular “consumer”. Danceable tracks such as’ Love Is The Drug’, ‘Don’t Stop The Dance’, ‘I Put A Spell On You’ and ‘The Main Thing’ has always been favourites, but also Avalon and wonderful instrumentals like Nocturne go down well in my sets. I was thrilled when Isaac (Bryan’s son) asked me to remix Alphaville and really enjoyed turning it into something new.

Before you started releasing your own compositions you were infamous for your signature underground edits. With ‘Love is the drug’ the band gave you the original audio stems, and this has been a more official release than your previous vinyl-only edits. What are the pros and cons of official edits?

I don’t look at this version as an edit, as I had access to all the parts. Plain edits are just easy cuts and pastes, when you just have the normal released version. Sometimes that can force you to be creative as you don’t have much material (again, limitations), but the best thing about edits is that they’re so damn quick to do. When you have 30+ stems with kicks, snares, overheads, bass guitar, vox etc it gets complicated very fast. On the other hand, you have the chance to change sounds on a micro level, such as the compression on the drum bus, EQ and distortion on the bass, things you couldn’t access if you only had a stereo file. So this Love Is The Drug disco dub turned out to be more of a remix than a plain edit, but I tried to keep it close to the original, but with a The Clash-ish twist.

If you could have the individual audio stems to any song, what would that be and why?

There’s plenty of tunes on my want-list, (un)classics like Downtown Samba by Yello, I Want You by Marvin Gaye (I think those actually exist) etc. Normally it’s tracks that have an interesting sound. I learn a lot from looking at old stems, you realize that so much of the magic is actually in the way it’s mixed down and mastered, not necessarily how it was recorded. Ok, I’d die to look into the rhythm parts of Could You Be Love! Wonkiest beat ever.

Can you describe how disco factors into your own productions (whether that be through the use of samples, the way that tracks are arranged, emphasis on brass / strings / percussion, tempo etc?

I’ve obviously learnt lots from looking at and editing disco arrangements, as I’ve done literally hundreds of those. The drums of disco have always fascinated me. Sometimes it’s the off beat way of playing that sounds refreshing, sometimes it’s how it’s mixed. Dance producers today tend to emphasize the low end of kick drums (especially in minimal music), where the earlier disco producers got a more playful feel to the music because it didn’t feel too heavy. Kick drums were 90hz and up instead of the booming 40hz region (aka brown noise land). There’s lots to learn from all kinds of music though, and I don’t actually consider myself a disco artist.

Who is your ultimate disco hero, and why?

I’ve listened to and learned a LOT from Walter Gibbons, no surprises here. He used a lot of the tricks we use today in dance music, like stripping down tracks to the minimum and building them up again from there. Sending different sounds into plate reverbs to create space, extending drum breaks, teasing the audience dropping out the kick drum etc. Sounds like your normal night out, right?

Are there any contemporary producers & DJs involved in the scene that people should keep an eye and ear out for?

3 years ago I stuck my head in the ground, refused to come up again. It’s quite nice down here actually, and I don’t have to worry what’s going on above the surface, who’s doing what, which track is big etc. But ok, just to name someone… Seahawks, Cos/Mes, Mano Le Tough, Magnus Internasjonal, Sid Who, Justin V.

What is your favourite disco production of all time, any why?

African Suite by Richie Rome is one of the most out there disco productions ever to be released on a major label, and I’m very glad they did release it, as it’s been a big inspiration for many years. It’s got a perfect balance between functionality and stupidity. Rhythm wise it’s flawless and the whole album is sugarcoated with sexy girl whispering. Everytime I listen to it I hear something new. Another contender is the Walter Gibbons mix of Catch Me On The Rebound by Loleatta Holloway (actually he did two, both are amazing!).

Have you ever thought about producing an album for another band? And if you could work with anyone, living or dead, who would it be?

I haven’t produced a band yet, but I just finished mixing an album for Lindstrøm, which will come out around the end of this year. I’m generally not a fan of working with anyone else though, as I just get stressed when they see how slow I work, he he (“where’s that sample? why doesn’t this VST work??”). I’d love to work with Sly & Robbie, as they’ve played on so many of my favorite productions.

You’ve started your in-depth audio blog, letsnerd.com, and have been interviewing like-minded producers and artists. Who would be your ideal interviewee from the past?

Steven Stanley of Compass Point? Bob Clearmountain? Walter Gibbons? Haverchuck from Freaks And Geeks? From the present it would be great to interview f.i. Eric Prydz, just because his productions have been so defining.

Your fellow Scandinavian disco maestro Lindstrøm has developed his live show significantly in recent years – do you foresee a bigger live production for yourself beyond DJ’ing in the future?

All of your recent releases have stormed the Beatport charts and ‘It’s The Arps’ has received critical acclaim… What are your plans for 2012?

I’ve got a couple of singles planned on my Olsen label, a few remixes and the already mentioned Lindstrøm album. Besides that I’m planning to sleep a lot.