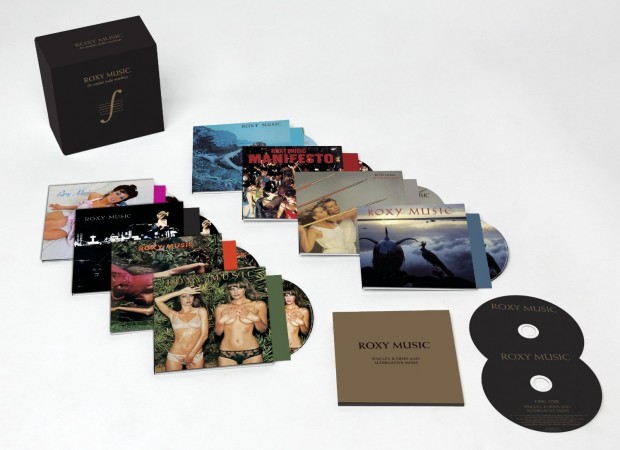 THE COMPLETE STUDIO RECORDINGS 1972-1982.
Available on CD in the UK from AMAZON and now in the USA from AMAZON.

Marking 40 years since the release of their debut album in 1972, Roxy Music present ‘Roxy Music: The Complete Studio Recordings 1972-1982’.

This is a 10 CD deluxe box set featuring all eight Roxy Music studio albums and every single they released. The audio has been flat-transfered from the original master recordings – so it sounds as the band intended it to. These iconic albums are housed in rigid gatefold style sleeves – mimicking the original vinyl releases. Because originally only the first 3 records were gatefold vinyls, we have had to fill the remaining 5 albums with rare outtakes from the original album cover artwork. 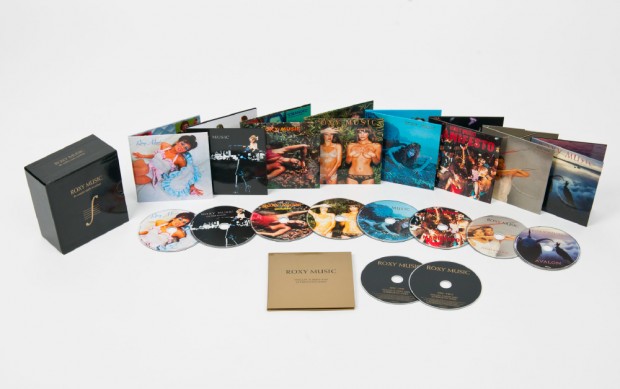