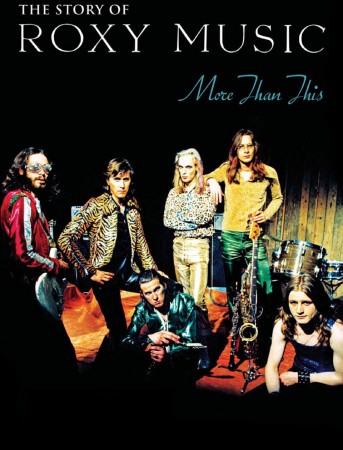 ‘More Than This – The Story of Roxy Music’ is released on 19th October, 2009.
Order your copy here from Amazon.

Emerging to instant acclaim in 1972, Roxy Music combined a dazzling fusion of musical styles and bravura performance in a manner which re-invented the artistic and creative possibilities of rock and pop music. This DVD tells the story of their extraordinary and triumphant career, through new and rare interviews with the band members, as well as with many of their contemporaries and those whom the group inspired. Roxy Music always set musical fashion by constantly breaking new ground.

This programme charts the history of that timeless modernity, from the sheer spectacle of their earliest collage of sound and image, through the succession of iconic albums which would refine and enshrine the group’s founding vision.

Originally broadcast by the BBC in late 2008, the DVD contains nearly half an hour of additional unseen material plus three bonus, previously unreleased live tracks.