Legendary guitarist Johnny Marr will perform on stage with Bryan Ferry at Ferry’s headline show at Guilfest this coming weekend. Marr will play the entire show with Ferry on Sunday 15th July, adding his unique musicianship to a set that will include material from both Ferry’s solo and Roxy Music catalogue.

Ferry first met Marr in 1987 when Marr played on Ferry’s Bête Noire album and has recently been back in the studio working on Ferry’s new album.

Ferry says ‘Johnny has previously performed with us on TV and at some smaller events but I am thrilled that he will be playing a full show with us for the very first time at Guilfest’. 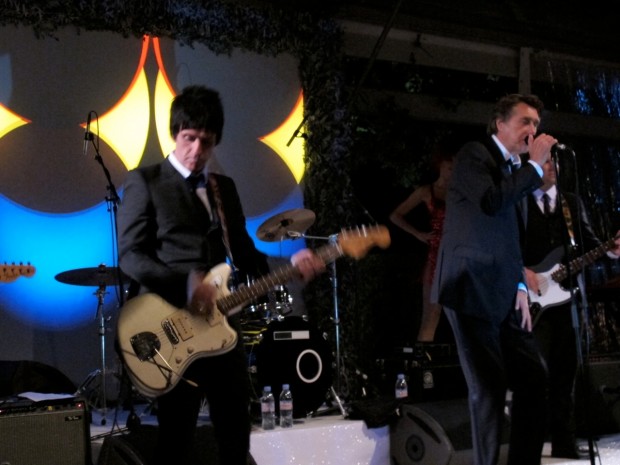