As ‘Roxy Music’ had been described by critic Richard Williams as a record which doubled as a musical manifesto, proposing an alternative to the blues-derived, guitar driven rock music of the early 1970s, so ‘Flesh + Blood’, released eight years later, would seem to complete the circuitry of Roxy Music’s artistic journey. If ‘Roxy Music’ had applied the principals of collage to the making of pop and rock music, then ‘Flesh + Blood’ possessed the pristine, high gloss surface of a photo-realistic painting. It was a record of grace and graciousness, sense and sensuality. For here was pop music as pure, flawless texture, created and performed with a distinction and brilliance that could only be achieved by masters of their art – by musicians who had understood and pioneered the equivalent extremes of stylistic audacity and the avant-garde. 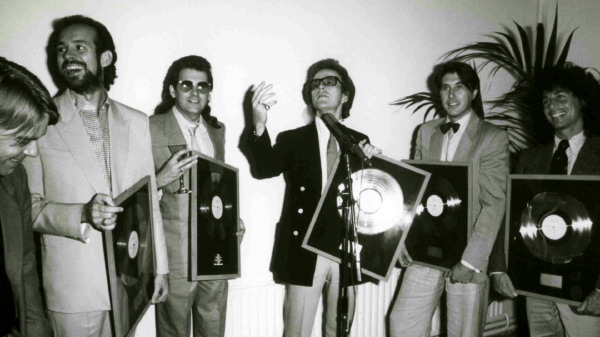 All Roxy Music albums had seemed to both sum up their times and look beyond them – sometimes into the deep future (as had seemed the case with the robotic chill of ‘For Your Pleasure’) and sometimes into the very heart of the zeitgeist, as had been achieved on the previous year’s ‘Manifesto’. With ‘Flesh + Blood’, Roxy Music created a pure pop artifact – an exercise in seamless musical fluency, in which the entire register of musical ‘cool’ was upheld with a concision and sensuality that was as deft as it was self-assured. The power of the record seemed to lie in the games that it played with surface and depth, appearance and reality. In the effortless swerve and dash of the arrangements, and the suave elegance of Ferry’s now iconic style as a vocalist, the listener was enfolded by a sound that was as heady and complex as it was so seemingly simple. Not surprisingly, the album was a Number One hit in the UK throughout the summer of its release. 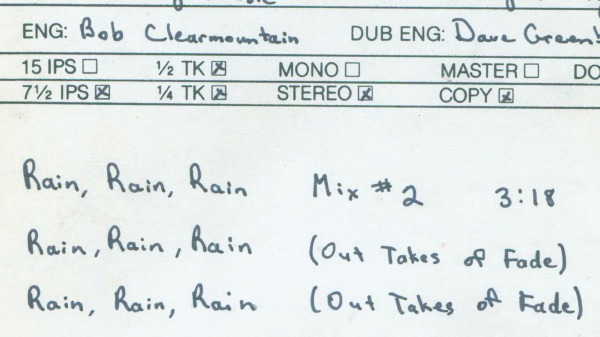 The album was also clearly the work of a connoisseur. ‘In The Midnight Hour’, was a cover version of a song by Wilson Pickett, and yet it seemed – in a bravura swerve of artistic identity – to be quintessentially in the style of Bryan Ferry. Having long since proved his ability to turn cover versions into self-portraits (sometimes referring to such recordings in the artistic term, ‘ready-mades’) Bryan Ferry’s interpretation of ‘In The Midnight Hour’ seemed to consolidate all he had achieved to date as a singer, and as the emblematic representative of a particular artistic stance. On the one hand, the track sounded engagingly intense; on the other, it delivered a statement about the language and values of pop music itself. 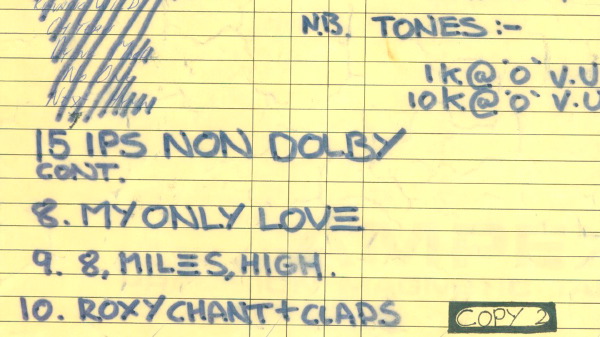 Michael Bracewell, 2010‘Oh Yeah’, ‘Same Old Scene’ and My Only Love’ were all, clearly, classic pop love songs, and created an atmospheric mood to the album of intoxicating charm. ‘My Only Love’ would be reprised on the Roxy Music tour of 2001, retaining its formidable intensity while revealing the sheer power of its beguiling simplicity. As Bryan Ferry had absorbed the great rhythm and blues recordings of the 1960s, so had he embraced the great Hollywood musicals and the romantic ballads of the 1930s and 1940s. All of these influences had been apparent on ‘Roxy Music’, and they reappeared in a somewhat different form on ‘Flesh + Blood’. Together they defined the technical perfection that lay at the heart of truly great romantic music, and the gloss and shimmer of that music across the popular imagination, the dreams and aspirations of successive generations.