There is a racing, joyous intensity to Bryan Ferry’s interpretations of the songs of Bob Dylan. Just as his legendary version of ‘A Hard Rain’s A-Gonna Fall’, recorded back in 1973, exchanged apocalyptic vision for exuberant swagger, so at the heart of these new recordings lies Bryan Ferry’s brilliance in both paying homage to the original track and reinventing it as entirely and iconically his own. 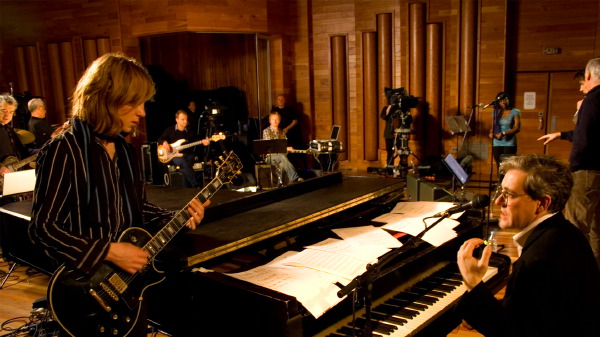 Much of Dylan’s writing is densely poetic, with the very shape of the words honed to the rough, hardened, almost dismissive quality of his particular intonation. In these new versions, however, Ferry has created a vocal and musical atmosphere in which he inscribes his own artistic signature: the meticulous balancing of plangent romanticism or soulful introspection, against robust, highly energised and assuredly modern musicianship.

Added to this is that unique quality which Ferry alone appears to possess as a singer: a shade of feeling in his voice which is at once enticing and world-weary, steeped in emotional presence yet luxuriating in cool distance, enabling the words of a song to open the doors to a somehow more exciting, heightened world – a place of intensified feelings. 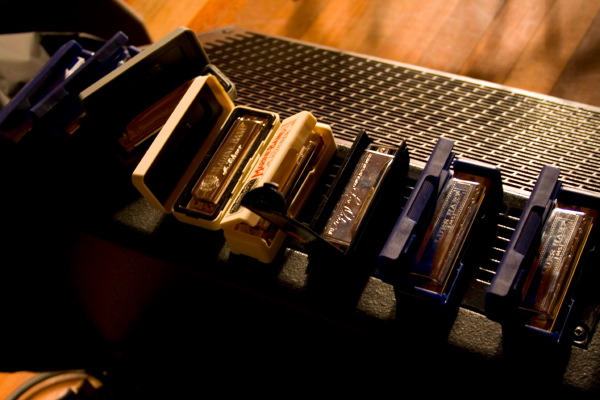 With this is mind, Dylanesque hits the ground running, opening with ‘Just Like Tom Thumb’s Blues’ and followed by ‘A Simple Twist of Fate’. The former introduces the musical mood that Ferry builds up across the eleven carefully selected songs on this album. In a style at once sparse, keen and hard edged, the musicians tease their way into the song, gathering a muscular momentum which perfectly suits Dylan’s lyric of beatnik lament, shot through with poetic irony and hard bitten cynicism. 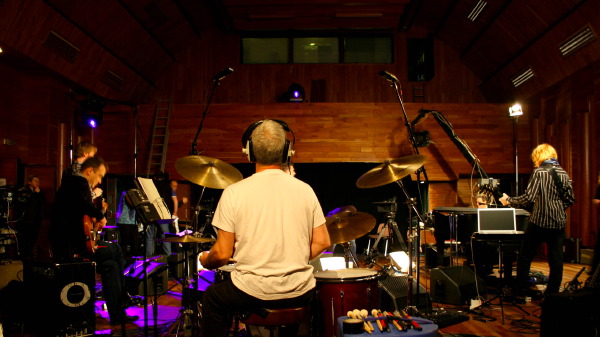 Part of Ferry’s genius in interpreting songs by other artists lies in the way he can intensify the mood of a song by virtually reversing its original temper. This is the case on ‘Simple Twist of Fate’, recorded by Dylan as a drifter’s hymn to the play of fortune, and recast here by Ferry as vivacious, lightly handled and irresistibly sure footed. It is a version that brings to life the uncomplicated energy of the old American pick-up bands, creating a solid chassis of rhythm to carry the vivid imagery and resigned fatalism of the lyric. This version plays itself out to a bravura performance by Ferry on harmonica, recalling the tremendous energy and stylishness with which he has used that instrument since the early days of recording ‘Let’s Stick Together’.

In recent years, the pianist Colin Good has created brilliantly sensitive accompaniments to both Bryan Ferry’s solo recordings and his performances with Roxy Music. On Dylanesque there are plentiful inspired contributions from Good, not least on ‘Make You Feel My Love’. Similarly, the quality which has been well described as the ‘jazz noir’ styling of Ferry’s eerie recreation of ‘Gates of Eden’. 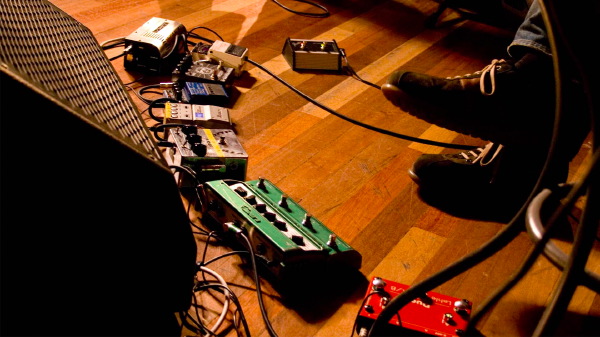 There has always been an element of Ferry’s musical style which brings to mind the lonely yet exulted atmosphere of piano bars and dives. To this end, Ferry’s interpretation of the peerlessly scathing ‘Positively 4th Street’ takes its place as a masterpiece of mood and emotional control. With consummate elegance, Ferry converts Dylan’s vitriolic address to a musical community into a love song of towering force – slowing and softening the original version in such a way that it sharpens the bitter intensity of the lyric.

Dylanesque also includes new versions of three of Dylan’s best-known songs – ‘The Times They Are A-Changin’’, ‘Knockin’ on Heaven’s Door’ and ‘All Along The Watchtower’. 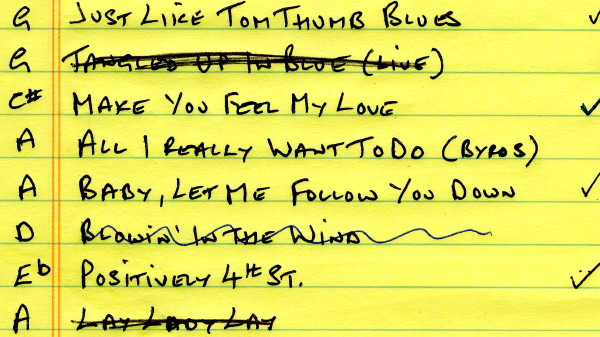 Ferry has remarked that as a musician with a formative love of jazz, there are no limits to the ways in which a song might be played and sung. Hence, like Andy Warhol’s portraits of Elvis, which enshrine the myths of both the artist and his subject, these interpretations of the songs of Bob Dylan are amongst Ferry’s finest creations.