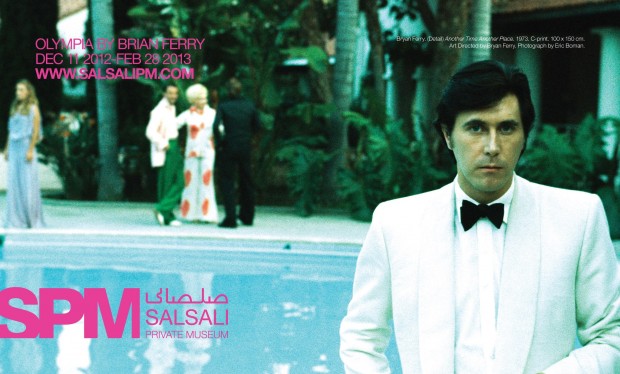 From the National (UAE):

Seven of Roxy’s eight album covers are on display in Dubai – the risqué Country Life, which caused something of a rumpus when it was released in 1974, is the exception – as well as a series of photographs of the supermodel Kate Moss, the star of the sessions for Olympia, Ferry’s 2010 album, and a collection of some of the best images to adorn his solo work, from the John Swannell photographed cover to The Bride Stripped Bare (1973) to the classic equine beauty of Mamouna (1994). Each one of those images is presented in an oversized format, the scale of these prints reflecting the ambition evident in the original pieces themselves. 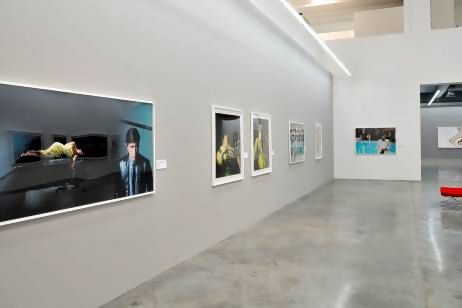 Chatting during a short visit to the emirate last month, Ferry says the exhibition “adds some lustre to the music”, although anyone who has followed his career will know his work is rarely less than high gloss in the first place. That much is evident in the Roxy covers, which trail a succession of glamorous models in arresting poses and intriguing situations.

The retrospective arrives after previous outings in London, Paris, Oslo, Berlin and Los Angeles – the Dubai exhibition is the most comprehensive to date – and at a busy time artistically for Ferry, who has announced a 2013 United Kingdom tour and released The Jazz Age via his Bryan Ferry Orchestra, an album of instrumental covers from his storied back catalogue.