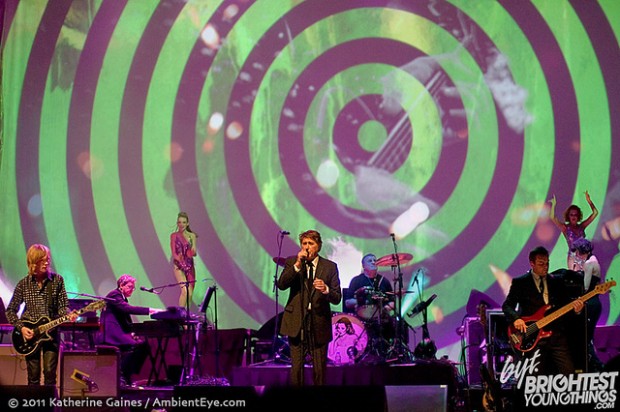 Preparation for Bryan Ferry’s performance at the Music Center at Strathmore, in Bethesda was not an easy task. “What was I going to WEAR?!” was the big question of the evening. Everyone who knows Bryan Ferry and Roxy Music know that he heralds female glamour and style to the highest degree. Just check out all of Roxy Music’s album covers.

The Phenomenal Handclap Band (PHB) was a great opener, a stylish band of rockers from New York City. The eight-member collective is equal parts anthemic, dance, and orchestral. Singer Laura Marin serenaded the crowd while rhythmically shaking her tambourine. Her jet black hair and jumpsuit to match inspired me to quit my day job, move to the Lower East Side. PHB played songs like, Father James Bond and 15 to 20 where Marin rapped most of the lyrics, like a modern day Blondie performing Rapture. The lead guitarist, Luke Riverside, was extremely enthusiastic as he rocked his way around the stage.

Shortly thereafter Bryan Ferry entered the stage to a standing ovation epitomizing chic, with a black suit, white shirt and skinny black tie. It was as if I was watching the Bryan Ferry from the 1980’s. He opened with “The Main Thing” followed by “Don’t Stop the Dance” and “Slave to Love.” Ferry was flanked by four back-up singers lead guitarists, Oliver Thompson and Chris Spedding, Roxy drummer Paul Thompson and saxophonist Jorja Chalmers. Oh and two hot back-up dancers!

Ferry played crowd favorites like “Kiss and Tell,” “Avalon,” and “Love is the Drug.” He also covered a few songs like Bob Dylan’s “All Along the Watchtower,” John Lennon’s “Jealous Guy” and Neil Young’s “Like a Hurricane.” Ferry enjoyed himself between, singing, playing the harmonica and at times the keyboard. The sold out show paid homage to his talent AND enduring appeal. 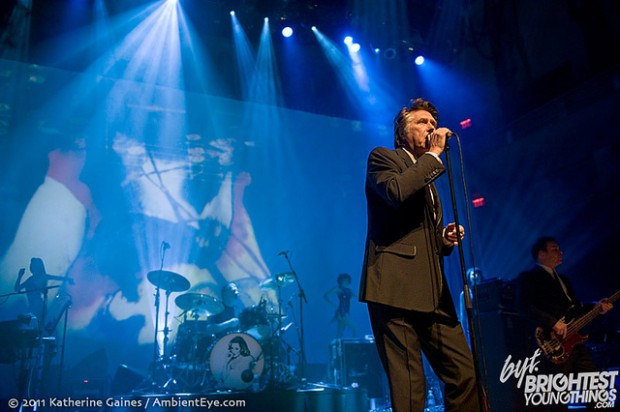