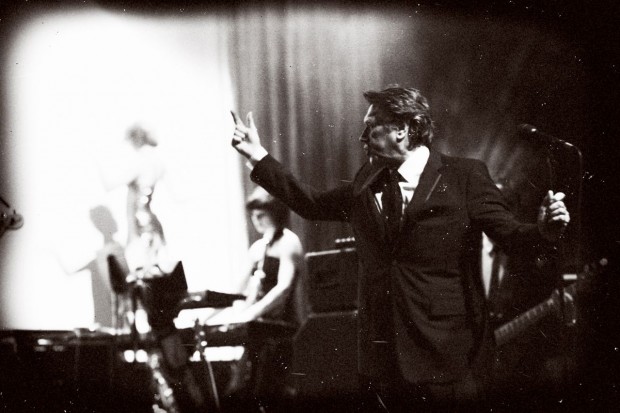 Kicked off the US TOUR in Miami last night. Next stop Atlanta. During rehearsals was interviewed by John Hood for Black Book.

To say that I expected Bryan Ferry to be as cool in person as he is in sound and vision would be kinda like saying that I expected my right foot to follow my left. I mean, the man has both epitomized and personified cool throughout each and every moment of the last four decades. If that doesn’t add up to a given, then I’m giving up.

Ferry, who founded English art-rock group Roxy Music in 1970, is every bit the gentlemen—and then some. Reached through my producer friend (Arthur Baker) of his producer friend (Johnson Somerset) just hours before his Miami rehearsal, the British song stylist had no problem taking time out to chat with yours truly, not to mention sitting for a few photos from ace lensman Jeffrey Delannoy. That the rehearsal was the last there’d be before he and his band embarked on the latest leg of their Olympia Tour only compounded the coolness and kindness of it all.

MORE: OUR MAN IN MIAMI : Face-to-Face with the Great Bryan Ferry (blackbookmag.com)