Bryan and the band prepare for their 13th show of the UK Tour with their heads held high.

The reaction from both fans and critics alike has been incredible, with two five star reviews from British newspapers The Daily Telegraph and The Guardian. 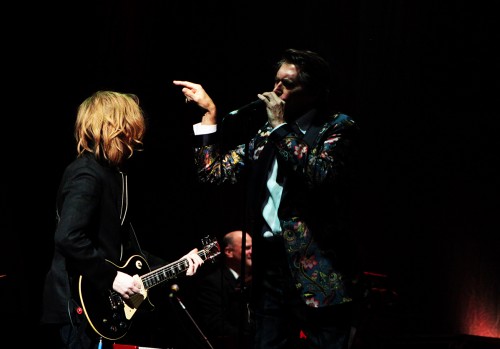 ‘Ferry is one of the great musical talents of our time, able to transport an audience from the 1920s to the present day with great ease….this is something that has never been done before and it sounds wonderful’

‘You wouldn’t expect any of this from a veteran star who could easily rest on his many laurels, but is instead re-presenting his oeuvre in a new and thrilling way.’

‘ It was a contrast of science and art and of young and old guided by a group of performers that expertly straddled both sides of every divide.’

‘Ferry seems to have adopted Dylan’s view of time, which is that there is no division between the past and the present. On this evidence he seems to be making it work, for us as well as for him.’