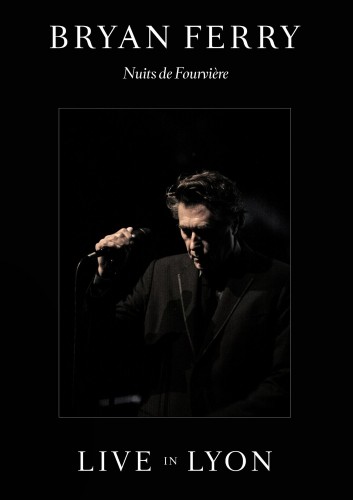 Bryan’s spectacular ‘Live in Lyon’ DVD will finally be released in four formats on 23rd September 2013, and is available direct from BryanFerry.com now – while supplies last, sold from this website will be signed by Bryan Ferry. [NOTE: Signed copies have now sold out]

Filmed during the universally acclaimed Olympia Tour in 2011 at the ancient Roman amphitheatre in Lyon, the show features many of Ferry’s classics performed with his impressive 14 piece band including “Slave To Love”, “Oh Yeah!”, “Let’s Stick Together”, “Love Is The Drug”, “Don’t Stop The Dance”, “Avalon”, “Like A Hurricane”, “Sign Of The Times”, “If There Is Something”, “Jealous Guy”, “My Only Love” and many more.

As a Bonus Feature the DVD includes “The Making Of Olympia” a brilliant 45min documentary covering the recording of the “Olympia” album with previously unseen interviews and performances with the “Olympia” guest artists including Nile Rodgers, Dave Stewart, Marcus Miller, David Gilmour, Flea and The Scissor Sisters.

The Deluxe version comes with an Audio CD of the concert, mixed by Bob Clearmountain and mastered by Bob Ludwig – both of whom have worked with Ferry for over 20 years.

This exquisite product is made by Modo design, who produced ‘The Jazz Age’ CD, and contains a 72-page booklet in an embossed case-bound book cover. The distributors Eagle Rock say it is undoubtedly the ‘most lavishly designed’ DVD product they have ever worked on

The Standard DVD / Blu-Ray edition has a single disc containing the concert and “The Making Of Olympia” Documentary.