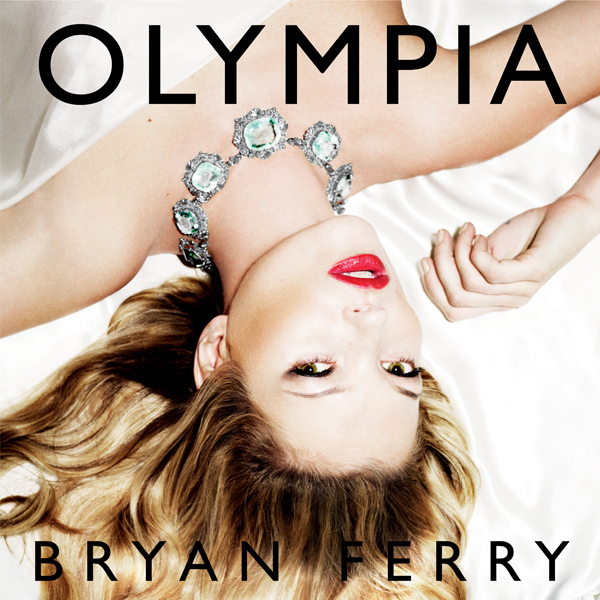 Bryan Ferry’s albums are noted for their iconic imagery, from Kari-Ann’s lustful gaze on Roxy Music’s debut album in 1972 to Anton Corbijn’s swirling portrait of Bryan for his last studio album Dylanesque in 2007. Fashion and music collide to create unforgettable images, works that coalesce into modern music’s finest examples of Pop Art.

As Olympia‘s release date draws ever nearer, anticipation has grown as to what will accompany its rich and sumptuous cocktail of dance floor fillers and lustrous ballads.

We are proud to announce that Olympia continues this tradition, and in some style. The cover will feature the timeless look of Kate Moss, undoubtedly the most recognisable face in the modern fashion world and therefore a perfect fit for the album’s bold and sophisticated sound.

Here is Bryan’s take on this intoxicating collaboration, and how it all came together….

“One of the inspirations for the cover was the 19th century painting ‘Olympia’ by Edouard Manet – a kind of early pin-up picture. I wanted a cover-girl for this record who could convey the glamorous notoriety of the original ‘Olympia’ painting, and the obvious choice was Kate Moss. Kate has long been the ‘femme fatale’ of our age, as controversial as she is beautiful, and the most glamorous female icon since Marilyn Monroe.

I was still finishing my album at the time of the photoshoot, so everything happened at the last minute (which is often the way with rock ‘n’ roll). The shoot took place at Sunbeam Studios in London and everyone involved worked really hard to get the right shot, especially our photographer Adam Whitehead. Kate, needless to say, was incredible – the ultimate professional, and the star that everyone dreams of working with.”

Stay tuned to www.s880207170.websitehome.co.uk/bfwebsite for further news and exclusive insights on Olympia from Bryan and the other main players involved in its creation.