Besides kicking off the Roxy Music tour last month Bryan Ferry was also at Milan Fashion week to review the DOLCE & GABBANA MENS FASHION runway presentation. Artwork from his previous classic singles appeared on T-shirts in the show, his songs “Shameless” and “One Night” accompanied the runway presentation and Ferry himself was in the front row. 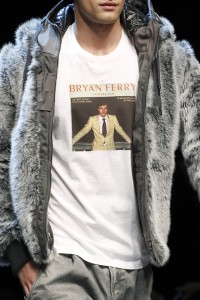 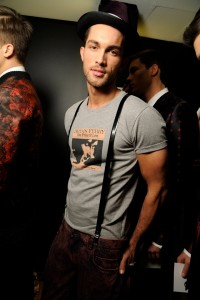 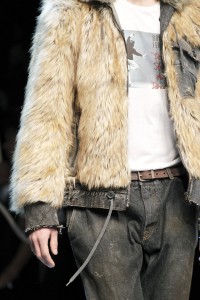