Released in 1987 to near-universal acclaim, Bête Noire is a touchstone for the enduring legacy of the Bryan Ferry myth. After his previous release, Boys and Girls, became his first solo chart-topper in the UK, and producing one of the best songs of his storied career for the soundtrack to the Ridley Scott film Legend (‘Is Your Love Strong Enough’), he was riding an unprecedented wave of attention and adulation on both sides of the Atlantic. Teaming up with Madonna collaborator Patrick Leonard – with whom five of the album’s songs were written – and his usual roster of five-star session musicians, Ferry set about creating his second successive ‘meisterwerk’, one that adds a touch more dance floor heft to the now-established trademarks of exceptional sonic finesse and rhythmical precision. 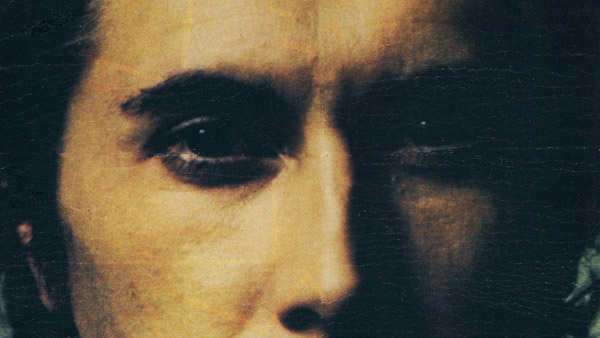 Opening with the insistent groove of ‘Limbo’, the influence of the record’s twin recording environments (the Bahamas and Paris) is clear in the fusion of the track’s tribal percussion and jazz-inflected verse. Together with its fabulously stylish, Michael Roberts-directed promo video the song perfectly captures the move towards exotica that became increasingly prevalent throughout the eighties. Its sound is rich and full, but there is a leanness to the arrangement and melody that foreshadows the rest of the album: more so than any previous release the tracks have been stripped of any excess weight, giving them an immediacy that demands your attention right from the off.

The upbeat tracks on the album feature some of the most compelling bass lines in Ferry’s oeuvre, such as the Johnny Marr-enabled ‘The Right Stuff’ and the irrepressible ‘Kiss and Tell’, which illustrate how well he had assimilated the newer sounds around him without ever compromising his own unique sensibilities. However, as befits such a carefully assembled batch of songs, it is in the album’s darker moments that Ferry’s attention to detail truly shies through. ‘Zamba’ is more than just a physical centrepiece in the running order – its haunting vocal wraps itself around delicate, opaque atmospheres to create a deeply affecting, spectral experience beyond compare. “Say you’ll never let me down,” implores its shadowy narrator to his distant companion – rest assured that Bête Noire is an expansive and immersive affair that never disappoints.