Look who appears in the “leaked” image of the supposedly forthcoming Apple tablet.
See the original article that appeared last month on the Gizmodo gadget blog. 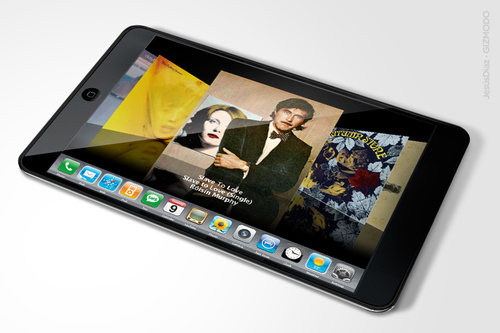 As seen on the screen is Roisin Murphy as Marilyn Monroe behind Bryan Ferry. The former Moloko singer recorded her version of his song “Slave to Love” last year to coincide with a Gucci advertising campaign: