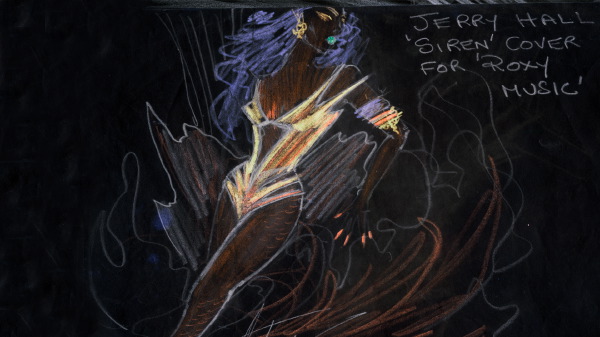 Released in October 1975, ‘Siren’ opened with what would become perhaps Roxy Music’s best-loved tracks, ‘Love Is The Drug’. Reaching number two in the UK singles chart, ‘Love Is The Drug’ was as lyrically stylish as it was musically infectious. Returning to one of Ferry’s greatest themes – the endless and cinematic thrill of life and love on the city streets – the catchy metallic beat was atmospherically offset by a saxophone line that perfectly captured the jaunty discord of car horns. It was a track that confirmed Roxy Music’s inimitable brilliance at creating a world of heightened romance – endorsing Bryan Ferry’s remark to an early interviewer that he regarded Roxy Music “above all, as a state of mind…”

By 1975, vast armies of devoted fans were absorbed in the “state of mind” that Roxy Music conjured up with such passion and elegance. The ‘Siren’ tour – featuring, sensationally, two glamorous female backing singers costumed in G.I. chic – became rally-like celebrations of the entire ethos and aesthetic that the band brought to life. Fans dressed for the concerts with meticulous attention to detail, creating a total look that mirrored the super-stylised spectrum of imagery that Roxy Music merged into a single artistic statement. It was a unique example, perhaps, of pop music returning the elevated intentions of classic Pop art to the mainstream and front-line of commercial popular culture. 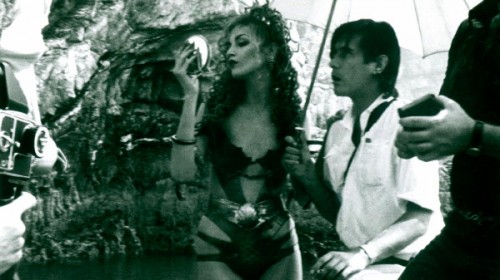 With album artwork featuring Bryan Ferry and Antony Price’s sublime recreation of Texan super model Jerry Hall as one of the perilously alluring sirens of classical mythology – now widely acknowledged as one of the greatest record covers of all time – ‘Siren’ maintained the now iconic Roxy Music blend of dazzling, fast paced rock – ‘Whirlwind’ being a stand-out track – and elegiac melancholy. Overall, the album has a sense of adrenalin rush and fairground excitement – lighter in spirit than ‘Country Life’, but no less spectacular.

‘Both Ends Burning’ would be another triumphal ‘live’ track, with the pulsar electronic tones of its opening bars seeming to trigger the racing, breathless urgency that carried the song to its soaring conclusion. It was a track that saw Roxy Music in glorious full flight, and could be extended to epic, stage show proportions.

‘Siren’ would also contain some less extravagant but equally honed gems: ‘Sentimental Fool’ seemed to re-visit the musical territory of ‘Roxy Music’ and ‘For Your Pleasure’, with its modernist tempo changes and brilliantly stylised vocal range. ‘She Sells’ and ‘Could It Happen To Me’ foreground Ferry as a composer, and are fluent with an easy charm that is carried by the piano melody.

In some ways, ‘Siren’ would seem to mark the curtain fall on a phase in Roxy Music’s artistic progression – rather as ‘Stranded’ had represented a stage on from ‘Roxy Music’ and ‘For Your Pleasure’. Certainly, ‘Siren’ remains one of the best-loved Roxy Music albums – filled with restless energy and intoxicating high spirits. Musically, it can be heard to prepare the way for new adventures, and new enquiries into the relationship between art pop and Pop art.